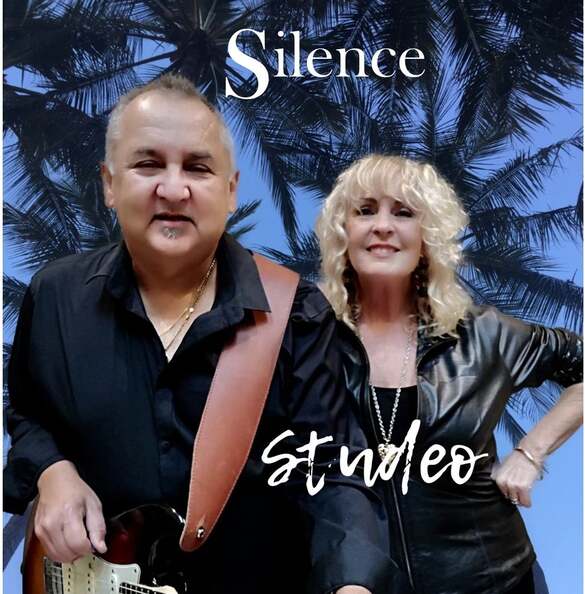 Studeo
November 20, 2021  ·
Studeo is so pleased to release our fifth and latest album today, titled "Silence". The album includes
a mix of original new songs written during the covid 19 lockdown in Melbourne Australia.
All of the songs were written and composed by Christine and Jeremy Stork and cover the
range of themes and genres which Studeo continues to explore. The album was produced
by Paul Rockwell who once again has delivered a stellar result. 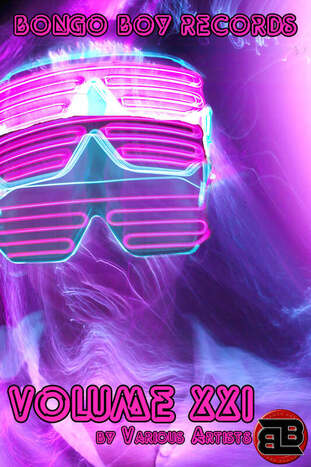 ​Excitement at Bongo Boy Records as @studeo_music Studeo will be featured two new original songs on the upcoming Volume XXI by Various Artists album release. This album features award-winning artists from around the world with multi-genre tracks.
"In The Nick of Time" and "Wish You Were Here" are written by Jeremy Stork and Christine Stork aka Studeo and can be found on Volume XXI on Bongo Boy Records.
Official Website: https://www.studeomusicaustralia.com/
Album Website: https://bongoboyrecords.com/volumexxi/

A Match Made in Musical Heaven
When Jeremy and Christine Stork first joined forces in the late '70s (in the popular cover band Casablanca​)​, they had no idea what the future would bring, or that their union (both matrimonial and musical) would evolve into the beautiful, genre-defying mix of melody, vocals, and top-notch production which, as Studeo, ​has led to - in less than three years - multiple single, EP, and album releases, a record deal, and international acclaim​.

​Bringing a wealth of talent and decades of experience (Jeremy played guitar for Melbourne's Moby Dick prior to the formation of Casablanca, opening for such legends as the ​Little River Band, AC/DC, and ​Skyhooks​; Christine has played in multiple cover bands and is a formally-trained vocalist), Studeo'​s songs are as refreshingly real as their love for the music and one another is enduring.
Following 2017's release of not one but three ​EPs (including two songs which rose on international charts to levels previously unseen by an Australian independent act), ​Studeo ​signed with Bongo Boy Records, who included their song "Our Perfect Place to Be" on a compilation CD, "Love Is." That song went on to win the Jazz/Blues Song of the Year honors at the 2018 Josie Awards (considered the Grammys of Independent music), held in Dollywood​ in Pigeon Forge, Tennessee. In August of 2018, the label released the duo's first full-length album, "These Are Our Days."
LISTEN
2019 saw the release of the duo's second full-length album, "You're The One," followed in 2020 by another full-length album, "Dancing On the Beach" and an EP, "The Storm."  Jeremy and Christine continued to expand their musical and songwriting horizons in 2021 with a new full-length album, "Life's a Journey."  The album's first single, "Secret Hideaway," won the "Jazz" category in the World Songwriting Awards for Spring 2021, and the duo was honored as well with the ​Akademia 2021 Rising Star Award for exceptional talent and perseverance in the field of music during extraordinary times. "Secret Hideaway" also picked up a very prestigious InterContinental Music Award for “Best Of Australasian Jazz,“ with worldwide winners chosen by a judging panel of multi-award-winning composers and songwriters who have worked with Ricky Martin, Celine Dion, Gloria Estefan, Selena Gomez , Miley Cyrus, and Grammy-nominated artists and music supervisors.

Studeo wrapped up 2021 with a new album, "Silence" (already receiving worldwide airplay), a new VIDEO, and - of course - MORE AWARDS AND AIRPLAY.

​The New Year kicked off with their inclusion on Bongo Boy Records' "Volume XX" compilation (with inclusion on the upcoming "Volume XXI" as well). With the worldwide pandemic seemingly under control, Jeremy and Christine are enjoying an exciting (and well-traveled) 2022! 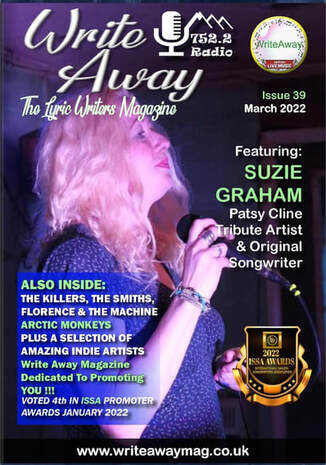 ​FEATURED IN THE MARCH 2022 EDITION OF WRITE AWAY ​MAGAZINE!
FULL-LENGTH PODCAST INTERVIEW WITH STUDEO​